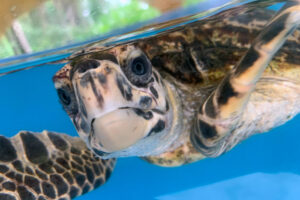 Released Finihaka – Arrived 25 May 2022, Released 11 July 2022 Finihaka, after a quick recovery, went on to become the brightest and most active patient at the Rescue Centre. She ate well, defecated regularly, and was running a maximum daily feed intake for her body weight. Finihaka also become super friendly around visitors; she never failed to greet anyone … Read More 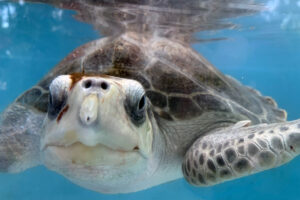 Released Pickle – Arrived 10 December 2021, Tagged & Released 23 May 2022 Towards the end of last month, Pickle’s flippers appeared to improve. Her bloodwork and X-rays also came back clear. Based on her general good health, we decided it was time for Pickle to be released. A satellite tag, identical to that of Autumn’s, was secured on her … Read More 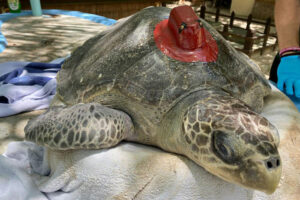 Released Autumn, Arrived 22 February 2022, Tagged & Released 18 April 2022 Autumn had been doing very well – her wounds had healed completely, she had regained full control of her buoyancy and was diving excellently.  Once her last round of blood tests came in clear, we knew it was time for her to go home. Excitingly, we also decided … Read More 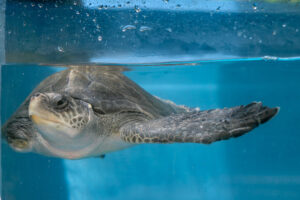 Released Minnie, Arrived 4 March 2022, Released 9 April 2022 Minnie, our juvenile Hawksbill patient, came to us a little underweight, covered in barnacles and with a non-healing wound, which we suspect was caused by a predator attack. Earlier last month we performed minor surgery on her to remove some of her dead tissue, after which her flipper healed very … Read More 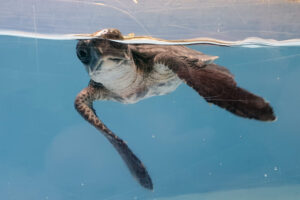 Released Atlas, Arrived 6th January, Released 24th February Atlas had been impressing us for weeks with his perfect diving and resting on the bottom, and he was also active, alert and hungry with very good body weight. Not to mention, his cheeky little turtle self had  constantly been stealing food from his big tank companions through sheer speed! After some … Read More 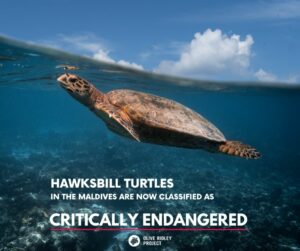 The first ever National Red List for the Maldives is now live. This endeavour that was possible in part due to the efforts of Olive Ridley Project’s founder, Dr. Martin Stelfox and senior scientist, Dr. Stephanie Köhnk, both of whom were leading the assessment for specific turtle species. 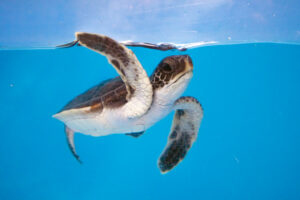 Released Loabi, Arrived 28 December,2021, Released February 8 2022 After 43 days in our care, Loabi was finally ready to return home! The cloacal prolapse that she arrived with had improved nearly 100%, and she was eating, swimming and diving like a champ. She gained a whopping 159g while she was here and went from a curved shell length of … Read More 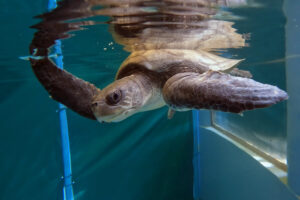 New Arrivals Hera, Arrived 10 January, 2022 Hera was found floating in Baa Atoll with both her carapace and plastron cracked. She was rescued by staff from Westin Maldives Miriandhoo Resort who took her straight to us by speedboat. Hera is an adult female who is absolutely huge and quite active. She has a very significant crack across her plastron … Read More 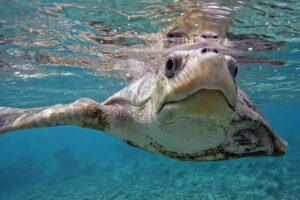 Released Azura – Arrived 2nd April 2019, Released 13 December 2021 Azura had been doing progressively well on her sea swims throughout November – so well that, for her most recent sea swim, we arranged for the resort to take a boat out so that we could observe her from a distance and see if she was ready to go. … Read More 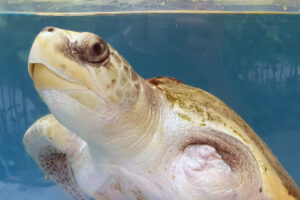 Released Bruce – Arrived 4 July 2021, Released 24 October 2021 Bruce finally overcame his buoyancy problems! Just hours after his tank mate, Amber, was released, Bruce decided it was his turn to go back into the open ocean and started diving! That same afternoon Bruce was found resting on the bottom of the tank, which meant it was time … Read More