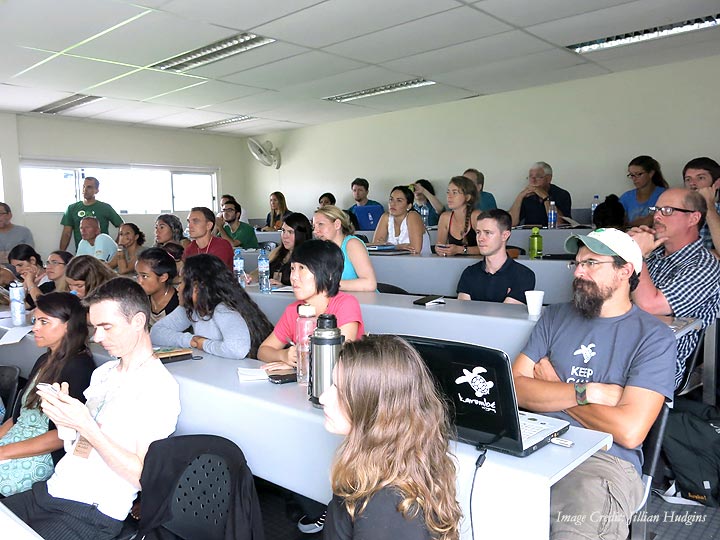 ORP’s project scientist, Dr Jillian Hudgins, was excited to be involved as one of the organisers of the meeting along with Stephen Dunbar (ProTECTOR Inc.) and Claire Jean (Kelonia).

There were 41 participants and 8 presenters who shared aspects of how Photo-ID was being used in their projects. Dr Hudgins presented the research that she’s been working on in the Maldives for the last several years, with a specific focus on how the involvement of citizen scientists in data collection has helped overcome the logistical and financial restrictions of gathering large amounts of information from remote islands in the Maldives.

The afternoon session was focused on the development of web and smart phone applications for Photo-ID, including a presentation by the team from Image-Based Ecological Information System (IBEIS), a program that is currently being developed for sea turtle photo-ID. Dr Hudgins has shared photos from the Maldives to assistin the development of the program, which will hopefully be available for use in 2017. The workshop concluded with some productive small discussion groups about how to create better connections between groups that are working on Photo-ID for sea turtles.

ORP is looking forward to being an organizer again for the 2017 ISTS Photo-ID workshop, happening mid-April in Las Vegas, USA.